NOTE from DearMYRTLE: My husband serves on the FGS Board, so I've been hearing a lot about this project. Consider having your local genealogy society identify 1812 pensioners buried in your area, and donate perhaps $20 per soldier to this worthwhile preservation initiative. For further information, contact 1812@FGS.org. 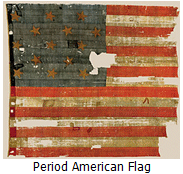 The Federation of Genealogical Societies Launches National Fundraiser, Preserve the Pensions! , to Digitize the War of 1812 Pension Files

— With the approaching bicentennial of the War of 1812, the Federation of Genealogical Societies, a non-profit genealogical organization headquartered in , is pleased to announce a national fundraising initiative to raise $3.7 million to digitize of the War of 1812 pension files. The digitization process will enable online access by historians and family researchers to the memories and biographies of those who fought to protect our nation’s independence. This announcement is being made at the start of the National Genealogical Society’s 2010 conference, an event that will draw more than two thousand genealogists to .

The War of 1812, often referred to as ’s second war for independence, significantly shaped this country’s identity both internationally and domestically. Many remember the War of 1812 as the war that give us the “Star-Spangled Banner” and the burning of the White House. Some of the great leaders of our country, including three presidents, took part in this conflict. Nearly 300,000 men served, including members of at least eighteen Native American tribes. 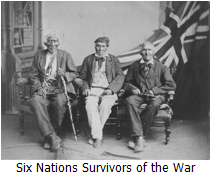 The pension records for the War of 1812 consist of more than 7.2 million documents in 180,000 files. The National Archives and Records Administration (NARA) receives more than three thousand requests per year for War of 1812 pensions, placing them among the most requested sets of records. Digitizing these valuable records will preserve the originals by removing them from continued heavy use. It will also make the images of the records much more widely available. reports these important historical records already have been conserved and readied for digitization, so scanning could start as soon as funds are received. With the cost for digitizing and saving a single page from a pension file being fifty cents, supporters will see progress from the earliest days of the fundraising initiative.

Genealogists, historians, and scholars of military history have long appreciated the value of pension files. A typical pension file may contain documents that describe a veteran’s service as well as why he, his widow, or his dependents qualify for a pension. In the cases of widows’ and dependents’ filings, there are typically a number of documents proving the claimant is related to the veteran. The testimony of a veteran’s comrades can provide unique and valuable data on what military life entailed, the rigors of everyday camp life, and details of particular skirmishes and battles. One may discover numerous details of an ancestor’s life in these pension files, some of which may be many dozens of pages long.

The Federation of Genealogical Societies is committed to projects that link the genealogical community and advance the cause of preserving records and making them more accessible. The Federation will be working with the genealogical and historical societies nation-wide, particularly in states where War of 1812 activities took place, as well as the many War of 1812 societies and bicentennial commissions, to raise awareness about this vital preservation and access project and to raise the funds necessary to complete the project.