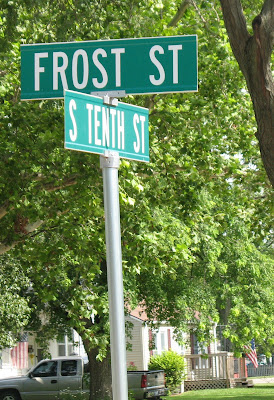 DearREADERS,
If you are looking up the last known address of an ancestor, you've got to get with the local customs. In the case of homes on Frost Street in Salina, Kansas, the searching is tricky.

Last week, Ol' Myrt drove to FROST street by the main access north/south route in Salina, which is 9th. However, since I was looking for 311 Frost Street, I expected to make a left turn to get to a series of numbers lower than 9th street to the east. But NO LEFT TURN was available. So I took a right turn, proceeding west, anticipating traveling some six blocks to get to the cross-street 3rd.

Alas, Frost Street only went as far as 12th, and obviously the street numbers were getting larger.

So we doubled back, and attempted to get AROUND the blocked access to the eastern side of Frost. There was no discernible continuation of Frost Street anywhere in the neighborhood. Google Maps didn't show more than 3 blocks either. So we gave up and went to the courthouse.

The Recorder of Deeds on duty at the Saline County, Kansas courthouse couldn't have been nicer. She searched her database for the address 311 Frost, and gave us a print out of the current home owners and the value of the property. So indeed, there IS a 311 Frost Street in Salina, Kansas. This wasn't some part of Salina that had since been demolished since 1928 when my ancestor lived there.

Looking at her city plat map, the clerk showed us that the first house on the block at the intersection of 9th and Frost Street was not 901, but 301. Who knew?

So we went back to Frost Street, proceeding west at the intersection of 9th and Frost to observe that the addresses on the south side of the street did indeed begin at 301, and right next door is 311, my ancestor Tolbert Higgins' last known residence as shown below. Go figure!

We should have looked more closely at the house numbers and disregarded the numbered cross-street signs. 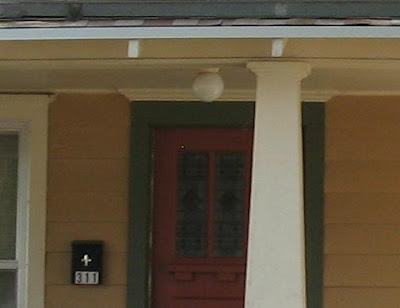 Now Ol' Myrt here will compare this home to unidentified family photos of an elderly man and his wife to determine if this is possibly the same residence ~ a little photo-detective work of sorts. But that will have to wait until our return to Salt Lake City. 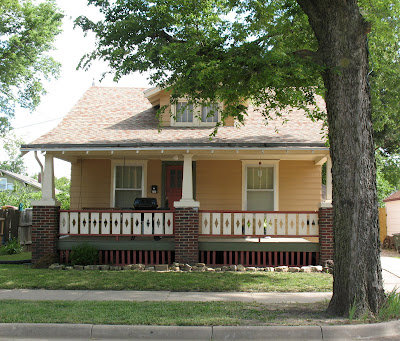 And just for your information, the homes in the next block, at 10th and Frost, have addresses in the 400s. Believe it or not!

They do this just to keep us guessing, don't they?