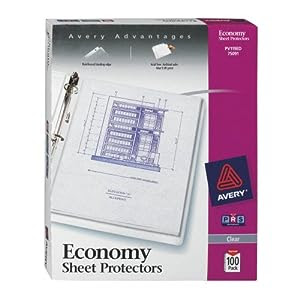 From: Angela DearMYRTLE,
I’ve had several recent requests for info, but it’s been a long time since I’ve researched and my files are a mess. I have two questions that I don’t see answered on your blog. Do you file certified copies in your binders or do those get stored elsewhere (with only photocopies in the binders)? And do you put two documents in an archival sleeve (front and back) or only one document per sleeve? After receiving boxes of genealogy documents that were not properly stored and have deteriorated, I do not want my documents to suffer the same fate. THANKS!

DearANGELA,
My binders never leave my office, so the certified copies reside in the surname binders. The only exception would be an over-sized historical document, where the reduced photocopy would fit in the binder. Ol' Myrt here is slowly scanning everything, and beginning to store it all at Dropbox so I can access the documents from any computer.
Prior to May 2010, Ol' Myrt here only kept 2 pages in an acid free sheet protector, front and back.

WHAT HAPPENED IN MAY?

A good friend, Birdie Holsclaw passed away. Though I had known her for only a few years, she had a great impact on my life. The picture at left is from her funeral card. Among other things we did the week of her funeral in Colorado, I looked at several of Birdie's research binders. Birdie inspired me to modify how I plan to keep mine.

BIRDIE'S RESEARCH Binders
Unlike my binders where the original (or photocopy) of a document is on the front side, and the transcription is inserted to face the back side of a top-loading sheet protector, Birdie's research binders have the following notable components:

Everything is in sheet protectors. Each ancestor has a summary sheet, sort of an abbreviated family group sheet combined with a research log. There are check-marks next to the citation for each document collected, if transcribed, if analyzed. (A very good way to see where you are when all docs have been filed but transcription hasn't yet been completed.)

TRANSCRIPTIONS
I particularly liked that in Birdie's binders the typed transcription is the first thing one sees of the "document packet", as it is much easier to read than the original. I used to be enamored of the neat old (read that cryptic) handwriting of original documents, but find it's hard to refresh my memory about a document when I get bogged down in the scribbles. I also like that the analysis of the reliability of the document is right there with the document, so one can retrace or rethink the research without pulling from here, there and everywhere in the filing system.

YES, I would transcribe even a typed document about an ancestor. The very act of typing word-for-word what appears in the document is an exercise in assimilation of information.

As to the analysis of each document, I previously kept analysis of documents in an ancestor's notes in my genealogy management program.

MORE THOUGHTS
I am currently at a turning point in my filing, probably because I spend every other two months back east at Gordon's home, away from my genealogy binders, yet I continue researching and need access to those documents, transcriptions and analysis sheets.

As I mentioned last week in my blog entry Digital or Paper? I think there is still a place for paper copies of documents in the analysis stage. However, there is nothing to keep one from digitizing everything and attaching all items to ancestors in one's genealogy management program.

Digital copies make it a lot easier to share the info with others as you may well appreciate.

It would be easy to pull up the document, transcription and analysis if they have the coordinated naming scheme. I used to keep all digital copies in a folder called

Since the addition of DropBox, I have a folder on my desktop with sub-folders as follows:


You can probably spot the four that are for my major surname projects. Dividing the digitals for those ancestors into separate folders streamlines my work. There are just too many items in each collection to scroll past.

I suppose there never will be an end to discussions of how to organize all this "genealogy stuff". I'd like to hear from my DearREADERS who perhaps have more experience filing things digitally. What works? What doesn't?