DearREADERS,
From time to time Ol' Myrt here encourages her DearREADERS with US ancestry to read Prologue the magazine from the National Archives (US) published for over 40 years. Of particular interest are the following:

Civil War Draft Records: Exemptions and Enrollments
By Michael T. Meier
posted from the Winter 1994 Prologue
(Find out about the method your ancestor may have used to pay someone else to serve in his place.) 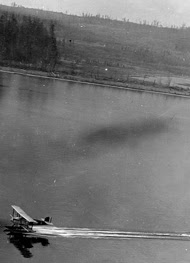 By Rob Crotty
posted from the Summer 2010 Prologue
(I particularly liked the picture of a plane taxing on Seattle's Lake Washington in the first quarter of the 20th century, where the landscape features open land and forests not the plethora of houses and boat docks of the 21st century.)

Using the Congressional Serial Set for Genealogical Research
By Jeffery Hartley
posted from the Spring 2009 Prologue (List of pensioners, land records, military registers, and how to access these records.)

In 1998, there was a special issue on the Spanish-American War, featuring several articles I think Mr. Myrt will appreciate.

Sailors, Soldiers, and Marines of the Spanish-American War: The Legacy of USS Maine
Rebecca Livingston

I think you'll appreciate a subscription to Prologue. It is also available for e-book readers.

Posted by DearMYRTLE on Saturday, September 18, 2010