Noted Genealogist and Former FGS FORUM Editor Passes
DearREADERS,
Genealogy could not have lost a dearer friend today than by the death of Sandra Hargreaves Luebking. 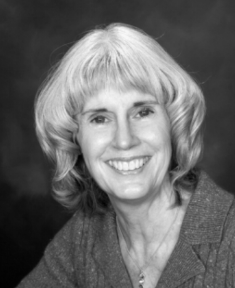 17 February 2011 – Austin, TX. The Federation of Genealogical Societies (FGS) is deeply saddened to announce the passing of Sandra Hargreaves Luebking, noted genealogist and one of the genealogy community’s best leaders who died on Thursday, 17 February 2011 at Lemont, Illinois, surrounded by her family. Funeral arrangements are still pending at this time.
A nationally known author, editor, instructor, lecturer, and researcher, Sandra was the editor of the FGS FORUM for over 22 years. Known for her radiant smile and helpful ways, almost everyone who was a member of or worked with a genealogical society, or attended a conference knew Sandra. In nearly three decades as a professional genealogist, she presented over one thousand lectures.
Beginning in 1979, Sandra taught annually at Samford University's Institute of Genealogy and Historical  Research (IGHR) and twice accompanied their British Research tour. From 1990 to 2007 she was Course I Coordinator for IGHR. From 1994 until its close in  2005, Sandra was Intermediate Studies Coordinator for the Genealogical Institute of Mid-America (at the University of Illinois, sponsored by the Illinois State Genealogical Society).
With Loretto Dennis Szucs, Sandra co-edited three award-winning books, including two editions of The Source: A Guidebook to American Genealogy; and The Archives: A Guide to the National Archives Field Branches. Sandra also wrote two chapters for Professional Genealogy (Elizabeth Shown Mills, editor) titled “Genealogical Education” and “Fee Setting.”
Helping thousands of people to find their Chicago/Cook County roots, Sandra conducted research projects for the Smithsonian Institute, numerous publishers and attorneys, and an international clientele from Australia, England, Finland, Germany and Sweden. She was a past trustee for the Association of Professional Genealogists (APG) and a volunteer research assistant at the National Archives - Great Lakes Region.

Sandra’s honors included the Professional Achievement Award from the APG (2008); the Rabbi Malcolm H. Stern Humanitarian Award from FGS (2008); lecturer for the Richard Slatten Lecture Series by the Friends of the Virginia State Archives (2003) and, lecturer for the Willard Heiss Memorial Lecture at the 79th Annual Indiana History Conference (Indiana Historical Society) (1999). She was a Fellow of the Utah Genealogical Association (1996) and was named Outstanding IGHR Alumni by Samford University in 1995.
Posted by DearMYRTLE on Thursday, February 17, 2011