Why I won't pull the NARA file myself 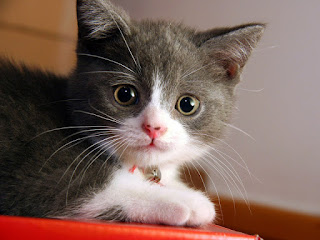 DearREADERS,
It occurs to me that I should explain why I won't rush over to the National Archives & Records Administration and retrieve the homestead-stock raising land record file mentioned in today's earlier blog post titled BLM federal land questions. My DearREADERs will recall I am curious about the "stock raising" part of this homestead, and suspect there will be different forms in this file than I've encountered in my past work with plain "homestead" federal land record files.

They say curiosity kills the cat, but in this case, I don't want to kill Diane's chances of viewing her husband's ancestor's file.

Simply put - I don't want the file stuck in "to be filed" when Diane goes to the archives next week.

I am not saying the folks at the National Archives aren't busy filing things away, but several times files Ol' Myrt here has ordered were returned as "not found" or "out" for perhaps another researcher's review or to complete a digitizing request for a distant patron.

I don't want to interfere with the opportunity Diane has to access to the record.

Ideally, NARA employees refile once a box or envelope has been released by a textural researcher who signs off on the order form that the documents are no longer required.

Researchers may order files, and keep them on hold for up to 3 days normally, and longer if requested.

But what if for some unknown reason, the file isn't returned promptly to its NARA storage spot? Maybe the file gets placed on the wrong cart? This is not an indictment of NARA employees. We're all human.


Diane has assured me she will share the contents of the file once she copies it personally, so Ol' Myrt's curiosity will await her reply after her research trip.

SUPPLEMENTAL NOTE: Most of the homestead, donation and desert land claim files I viewed during the past month had apparently never been copied (per several NARA employees) as they were still firmly bound with huge 4-inch brads, several oval-type staples and a variety of straight pins. All these had to be removed by NARA employees before I could copy the files.