DearREADERS,
Yesterday, Thomas MacEntee asked if we had ever used Facebook to do a genealogy look-up. YES! Thought you'd get a kick out of a report of Ol' Myrt's genealogical Facebook activities during the last 24 hours -mostly using the iPhone or the iPad, quite simply because we're traveling. 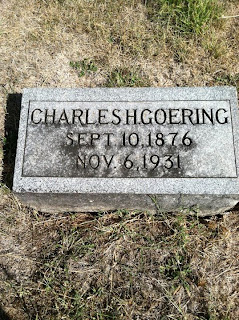 A wise man once said:
"Facebook - it's not just what's for breakfast anymore!" Thanks, Thomas.

Posted by DearMYRTLE on Thursday, September 15, 2011