DearREADERS,
You may notice that's a pretty big "IF"! Anyway, with two RootsTech genealogy technology conferences under my belt, Ol' Myrt here has a few ideas to share with the powers that be:

THANKS FOR THE INTERNET ACCESS
1.RootsTech 2012 internet access was better than RootsTech 2011 when the cost was considered too high to provide to attendees of a technology conference. Great internet is essential. What if someone had to get to a website or Dropbox folder for an unconferencing session?

2. Most of the time during both conferences, I reverted to using my own Mi-Fi hot spot from Verizon or the internet through my phone because the access was slo-o-o-o-w at peak times like during the barefoot Josh Coates' keynote address at RootsTech 2012. We've gotta get the word out to our peeps!

REGARDING THE ROOTSTECH APP
1. Your AP that debuted for RootsTech 2012 is GREAT, but let's have it sync between our iPads and iPhones. I used the iPhone to remind me of sessions I'd selected, but who wants to read a syllabus on an iPhone?

2. One employee should be dedicated to pushing notices out through the app during the conference. This should work exactly like Facebook update notices on smart phones. This would be especially helpful for broadcasting news about impromptu items like newly scheduled unconferencing sessions.

3. I couldn't open the app at all on Saturday for some reason, on either the iPhone or my iPad1. Mr. Myrt had the same problem with his iPhone and iPad2.

4. I received the balance of the notices on Sunday. The conference ended on Saturday.


ANNEX FOR OVERFLOW
1. I have no problem with overflow rooms for Room #155 or its equivalent, where the keynotes were presented and all presentations live streamed and video taped.

2. All conference goers recognize it is nearly impossible to judge how many folks will attend a particular session.


LIVE STREAM
1. The combined "all one day" live stream and archived videos are fine. Is it possible for the technicians to mark the starting point for various segments to facilitate access until the individual videos come out?

VENDORS
1. All vendors with a history, genealogy and/or technology slant should be invited to participate in the vendor hall. It has been interpreted as "uppity" that an application had to be completed before being "accepted" as a vendor. Thankfully you solved the book vendor snaffau fairly quickly.

2. The 15 minutes between sessions during RootsTech 2012 wasn't enough to get out of a classroom and down two flights of stairs to another session. Forget restrooms. Forget speaking with others were were similarly inspired during the session. I thought the point was to encourage discussion between developers and users, but there just wasn't enough time. RootsTech class schedule was too much like a regular genealogy conference schedule.

SYLLABUS
1. The syllabus materials were available two clicks into a schedule for only one class. How about a complete download, asking the presenter of a session to mention which page his handouts start on in the publication?

LUNCHEON VENDORS SHOULD BE ADVISED
1. I heard from six different people that one of the luncheon speakers was boring and ineffective. This is a fairly new vendor, not accustomed to conferences over many years duration. Doesn't that company realize a luncheon speaker is supposed to be entertaining, winning you over with his personality, and then casually mentioning his website or product? We are into humor and inspiration. Oh well, this unnamed company clearly missed the boat.

DEVELOPERS CHALLENGE
1. Some explanation about last years Developers Challenge and the change of rules this year should have been made.

2. All participating developers should have been called to the stage, with their product logos or screen shots up on the big screens.

3. The judges should have been announced. As it was, the website only said the judges will be named at a later time. 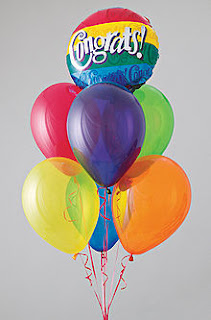 4. Of those developers, each placing winner would step forward in quick form, rather from the back of the room.

5. As each award is presented, the developer's name, product logo or screen shot and 1st, 2nd or 3rd place designation should be on the big screens.


6. A facsimile prize check should be presented to each winner on a large piece of foam core, suitable as a souvenir, with the dollar amount legible nearly to the back of the room.


7. Balloons would be nice! Let's spice up that award ceremony, as these developers worked hard. Even those who entered should be honored. But the winners are more readily spotted in a big crowd if they have a few balloons towering above them.

UNCONFERENCING SESSIONS
1. I'd figure out a way to focus on unconferencing sessions with "facilitators" rather than "presenters". The ones I've attended weren't really unconferencing sessions in the traditional sense. There was no real brain-storming any more than you might see on a panel discussion. Instead all concerned were getting their agenda items across -- i.e. telling about a new product, refinement, etc.

2. 50% of the conference should be "unconferencing" sessions.

More thinking to be done...