NOTE from DearMYRTLE: An additional notice from NARA received today... Please address all inquiries to Public.Affairs@nara.gov. 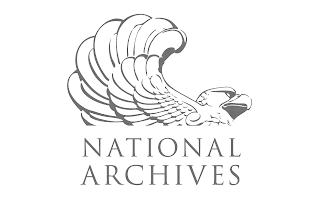 Washington, DC . . . Archivist of the United States David S. Ferriero today awarded 31 grants totaling $2.9 million for historical records projects in 18 states and the District of Columbia.   The National Archives grants program is carried out through the National Historical Publications and Records Commission (NHPRC).

Luther College in Decorah, Iowa received a grant for a three-year project to design and host the Archives Leadership Institute, a program that brings together 25 archivists for a week-long intensive program to develop their skills in serving their institutions and the public.

The National Historical Publications and Records Commission (NHPRC) supports projects to facilitate the use of historical records held by archives and other repositories and to assure their long-term preservation. The Archivist of the United States, David S. Ferriero, is the Chairman of the Commission. Kathleen Williams is its Executive Director.  The NHPRC is the sole federal funding agency whose only focus is the documentary heritage of the United States.  Established in 1934, it has awarded grants for preserving, publishing, and providing access to vital historical documents.

The National Archives and Records Administration is an independent Federal agency that preserves and shares with the public records that trace the story of our nation, government, and the American people. From the Declaration of Independence to accounts of ordinary Americans, the holdings of the National Archives directly touch the lives of millions of people. The National Archives is a public trust upon which our democracy depends, ensuring access to essential evidence that protects the rights of American citizens, documents the actions of the government, and reveals the evolving national experience. The National Archives carries out its mission through a nationwide network of archives, records centers, and Presidential Libraries, and on the Internet at http://www.archives.gov.

Projects that document major historical figures, and important eras and social movements in the history of the nation.

Regents of the University of California
Los Angeles, CA                               $59,670
To support a project to prepare a selective book edition of The Marcus Garvey and Universal Negro Improvement Association Papers.  Garvey was a staunch proponent of early 20th-century black nationalism and Pan-Africanism movement.

University of Virginia
Charlottesville, VA                            $97,500
To support the editing of the Presidential Recordings project, a documentary edition of the audio recordings made by six U.S. Presidents from 1940-1973.  This grant will assist the preparation of online editions of John Kennedy’s recorded conversations relating Civil Rights and Richard Nixon’s telephone tapes from 1971.

Luther College
Decorah, IA                                     $234,823
To fund a three year project to design and hold an Archives Leadership Institute, to bring 25 archivists for a week-long intensive training on campus that will include presentations by experts in advocacy, project management, digital challenges, and human resources.

Projects that promote the preservation and use of the nation's most valuable archival resources.


University of Southern California
Los Angeles, CA                             $133,577
To support a two-year project to process 216 collections that concern the LGBT civil rights and social equity movement documenting the experiences of artists, activists, and organizations between the 1940s and 1990s.  The project will process 1,445 linear feet and eliminate the ONE Archives backlog.

University of Wisconsin
Madison, WI                                      $68,553
To support, on behalf of the Wisconsin Center for Film and Theater Research, a 15-month project to process the manuscripts and audio and video recordings of art agent and documentary filmmaker Emile de Antonio.  His first documentary film on the McCarthy hearings appeared in 1964.  He later produced films about the John F. Kennedy assassination, the Vietnam War, the Nixon presidency, J. Edgar Hoover, and others.

Virginia Historical Society
Richmond, VA                                  $96,602
To support a two-year project to process 1,191 linear feet of records from 14 Virginia-based businesses that have operated during the 19th and 20th centuries in coal mining, law, pharmaceuticals, hosiery and shoe sales, real estate, metals production, energy and natural gas production, paper, and the lumber trade.  These records document aspects of the national economy and the American marketplace, and present researchers with resources for the study of the establishment, development, growth, and decline of specific industries in the mid-Atlantic region.

Fund for Innovative TV
Chicago, IL                                        $87,270
To support, on behalf of the Media Burn Independent Video Archive, an 18-month project to digitize 450 videotapes from its Chicago Collection and upload them to mediaburn.org. FITV’s mission is to increase public access to independently produced documentary media that educates people about history and culture.

Regents of the University of California
Berkeley, CA                                   $164,281
To support a two-year project to process the Governor Edmund G. “Pat” Brown papers, documenting his tenure as the state’s governor from 1959 to 1967. The collection offers insight into California history, postwar American affluence, westward migration, the rise of the modern conservatism, 1960s social turbulence, civil rights, environmental history, and the development of modern American higher education.

Regents of the University of California
Berkeley, CA                                   $100,630
To support, on behalf of the Environmental Design Archives, a project to process and make available the 211 linear feet of records of architects Ernest Kump and Warren Callister, documenting both mid-20th-century design and the architecture of educational institutions and public and private housing.

University of Miami
Coral Gables, FL                              $153,809
To support a two-year project to process 1,600 linear feet of the records of the Pan American World Airways collection, 1927-1991.  An international leader in aviation transportation, Pan Am set the standards for innovation and technology during its history, and the collection will be valuable to researchers interested in the rise of the airline industry in the 20th century.