NOTE from DearMYRTLE: The following was just received from our friends at the National Genealogical Society. Please address all inquiries to conferences@ngsgenealogy.org 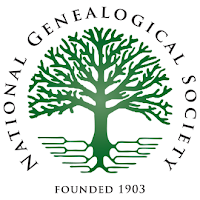 Arlington, VA, 23 May 2012.  The National Genealogical Society (NGS) announced at their Family History Conference in Cincinnati last week that the 2013 NGS Family History Conference, Building New Bridges, will be held in Las Vegas, Nevada, from 8–11 May 2013. The conference hotel and venue will be the LVH−Las Vegas Hotel & Casino (formerly known as the Las Vegas Hilton). The hotel and conference center are under one roof offering excellent convenience for attendees. To ensure a reservation, attendees may reserve their accommodations now and must request the NGS conference rate when making a reservation. The LVH will accept reservations beginning 14 May 2012 via telephone 1-800-635-7711 or online at http://www.ngsgenealogy.org/cs/accommodations.

The LVH−Las Vegas Hotel & Casino is a cultural icon. In 1969 Barbra Streisand was the opening performer. The property was known as the International, and it was the world’s largest hotel. Elvis Presley quickly became the star performer. After the Hilton chain purchased the International in 1970, the building became the Las Vegas Hilton and starred as the Whyte House in the 1971 James Bond film, “Diamonds Are Forever.” Elvis lived in the hotel’s penthouse while headlining until his last concert in December 1976. In January 2012 the property became the LVH−Las Vegas Hotel & Casino. The LVH is ten minutes from McCarran International Airport and convenient to I-15 and I-515. The Las Vegas Monorail begins at the LVH and carries passengers to six major Strip resorts.

The conference theme for 2013 is Building New Bridges. The Mike O’Callaghan−Pat Tillman Memorial Bridge, dedicated in 2010, spans the Colorado River on Native American land, connects the Las Vegas Valley to Route 66, and embodies the West as a timeless “bridge” where cultures, nations, and technologies connect. The bridge visually frames nearby Hoover Dam, which in 1935 opened the Southwest to urban and agricultural growth by harnessing the water and power of the Colorado River. In celebration of the 2013 theme, the four-day conference will offer more than 150 lectures on researching peoples and places of the West, migration to and from the West, law, military records, immigration, methodology, academic history, family history writing, BCG Skillbuilding, African American and other ethnic research, technological innovation in genealogy (GenTech), and more. In addition, Las Vegas and Clark County are home to several museums and repositories that highlight the history and culture of the area. Manuscript collections reflect the histories of immigrant, Eastern, and Midwestern families that migrated to and through the city in the twentieth century.

Founded in 1903, the National Genealogical Society is dedicated to genealogy education, high research standards, and the preservation of genealogical records.  The Arlington, Virginia-based nonprofit is the premier national society for everyone, from the beginner to the most advanced family historian, seeking excellence in publications, educational offerings, research guidance, and opportunities to interact with other genealogists.
Posted by DearMYRTLE on Wednesday, May 23, 2012