DearREADERS,
This webinar takes things a step further with Family Tree Maker 2012. We previously posted Webinar: FTM 2012 and 1940 Census Part 1 where we identified people in Ol' Myrt's FTM database that would likely appear in the census that year. This time around we:
Then Russ guides me to capture some of the abstracted text from the web, and attach the same image and source citation to his spouse. I would only need to repeat this second form of attachment with the FTM 2012 profiles of the other three people enumerated in the household, namely my dad and his siblings.

This webinar is in .mp4 format and can be viewed by Windows Media Player, iTunes and most other media players. Tech support has advised me of this free program that will also play the downloaded webinars. 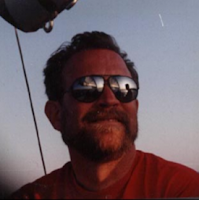 Thank-you, cousin, for sharing your expertise with me! For those of you who haven't met him before, Russ is the author of A Worthington Blog, the FamilyTree Maker User Blog and is co-founder of the BetterGEDCOM Project.

My cousin and I always have fun when working on a project together, and he makes learning so much fun. I think you'll get a kick out of our session, hopefully the first of several more as Ol' Myrt here learns how to use Family Tree Maker 2012. If you'd like to view other one-to-one webinars in this series, see:

Hopefully these ideas will assist those of you working through the 1940 census images.