50 years ago I was walking into our school library

DearREADERS,
It was time for my shift as a junior high school student AV (audio visual) tech. As I walked into the  library, the tech from the previous shift stopped to meet me with the terrible news. I had no reason to doubt him, but we were both stunned to consider the possible truth to the rumor that our President had been shot.

After a few feverish and futile looks around the stacks for the librarian, we dropped our book bags and headed for the front office for further direction. From the look on the secretaries' faces, I knew our worst fears had been confirmed. The principal was tuning in the TV in his inner office, so we hurried back to do the same with the last TV in our AV closet. This was in the days before cable connections, so we had to move the AV cart closer to the window to pull in the local station. It wasn't long before we heard John F. Kennedy has not only shot but that he died from his wounds. A few minutes after that, our principal relayed the bad news across the public address system. By now the school was buzzing, people moving out into the halls, crying, hugging, thinking "how could this be true?" 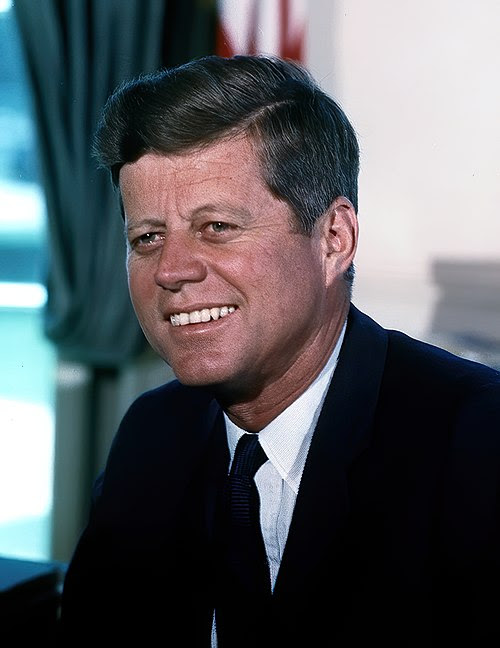 
Whereas our parents and grandparents got their news via radio about the bombing of Pearl Harbor, and listened to Roosevelt's Fireside chats, for our 1960s generation, television filled that important information-gathering role. Unlike the political bickering back and forth common today, we all just pretty much trusted Walter Cronkite to tell us "...that's the way it is." See CBSnews.com: The fateful day in Dallas unfolds.

As the story of President Kennedy's assassination unfolded, the shock and disbelief deepened.  Even some of the boys were crying. Everyone walked around the halls at school stunned. Everyone -- students and teachers alike. Even the newscasters were stunned -- their voices breaking up as they reported each new segment of the story.

I don't recall if they dismissed school early that fateful day, November 22, 1963. Once bussed back to our neighborhoods, we remained glued to our TV sets for any tidbit of additional information. As an innocent young teen, I couldn't believe the photo of Vice President Lyndon Johnson being sworn in as the next President with Jacqueline Kennedy standing by his side in her blood-stained pink suit. It just didn't seem real.

Living in Rockville, Maryland, right outside DC, we felt particularly close to the situation.

One of my friend's dad had served in the Pacific during WWII with Kennedy on PT 109, and recalled how heroic Jack had been after their small boat had been hit and was sinking. Commander Kennedy's care to save the surviving crew brought my friend's dad almost to tears. And then there was the respectful silence when my friend's dad was left to his own thoughts, something kids like us couldn't begin to fathom. 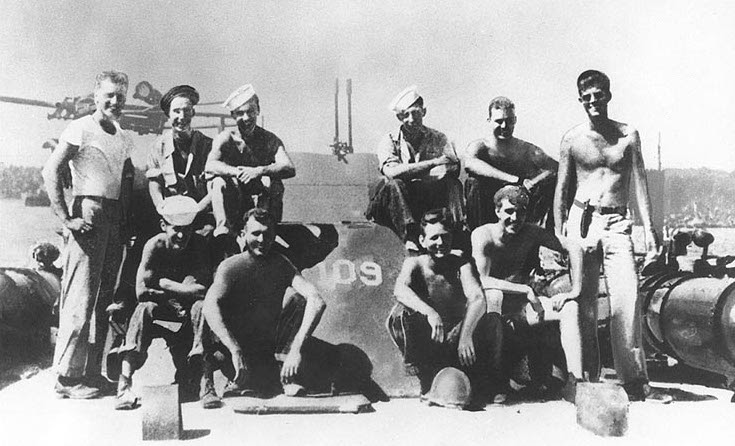 IMAGE (above): Lieutenant John F. Kennedy, USNR, (standing at right) with other crewmen on board PT-109, 1943, from the US National Archives, downloaded from the Naval Historical Center, available from the Wikimedia Commons. Source: http://commons.wikimedia.org/wiki/File:PT-109_crew.jpg


School was suspended until after President Kennedy's funeral. Some of my friends went with their families to the Capitol rotunda to view the coffin lying in state. Others joined the throng lining the streets of Washington between the Capitol Building and the Memorial Bridge leading to Arlington National Cemetery. I watched the horse-drawn caisson moved slowly through the streets during the live television broadcast. Tears flowed freely as Jacqueline bent down to encourage John John to stand forward and salute his father's casket as it moved by slowly. See the (New York) Daily News article about photographer Dan Farrel's iconic picture. "It was the saddest things I've ever see in my whole life", said Farrell, 83, who was on The News' staff at the time.


I had younger brothers and sisters, and could only imagine the confusion they would experience with such a public showing of a personal family tragedy. My heart was breaking for little Caroline and John-John.

Yes, I was watching live TV when Lee Harvey Oswald was shot. This raised the tension all the more. In the days of I love Lucy, My Three Sons and Car 54 Where Are You? such violence was unheard of on television, and if it occurred in real life, our parents certainly protected us from the news.

The shooting death of an American President brought about a terrible sense of foreboding, which matched the bitter coldness of those November days.

Nearly three years earlier in his inaugural address, President Kennedy had asked us to "do what you can for your country" so folks joined the Peace Corps helping others, thus spreading a good name for the US throughout the world. The space program was stepped up to put a man on the moon. Now those immortal words are etched in stone at Kennedy's grave site.

Sometimes I think we need more people like JFK -- those with a positive outlook on life despite the personal pain and anguish of losing children and living with constant back pain.

Oh yes, Kennedy was a controversial figure. I remember folks saying we just couldn't have a Catholic for president. I guess there will always be detractors. But couldn't we have a bit more of Camelot, instead of the wars and rumors of wars that have become all too familiar in this day and age?