DearREADERS,
What better way to start out your week than 'hanging out' with other genealogists during Mondays with Myrt? That is, unless you are all tied up. (Pun intended!) Let's discuss preserving family heirlooms like these bolo ties Mr. Myrt inherited from his father. My father was known for wearing bow ties, but in Mr. Myrt's family, his dad struck quite the dapper pose wearing one of his bolos. 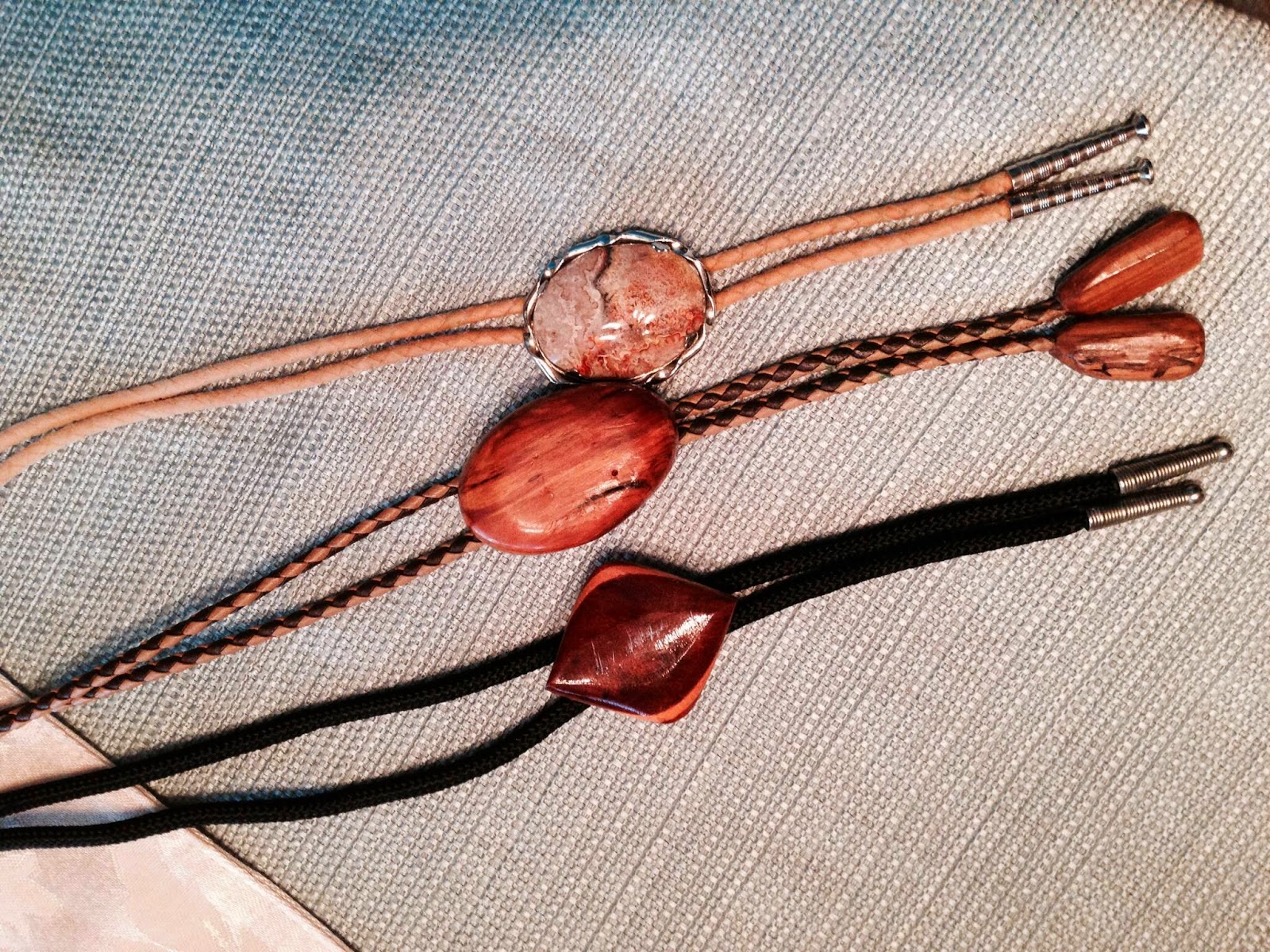 We unpacked another moving box last night and found these cool ties! They may look 1940s funky, but their ours. And I dare say they brought a tear to at least one set of eyes in our family when we finally found them. Gosh! It's been nine months since we moved in, and we are still unpacking. :)

HERE'S HOW TO TUNE IN TO MONDAYS WITH MYRTMonday, April 21, 2014Noon Eastern US (New York)11 am Central US (Chicago)10am Mountain US (Denver, Salt Lake City)9am Pacific US (Los Angeles)
If you need a time zone converter see:http://www.timeanddate.com/worldclock/converter.html

Don't ya just love really long URLs?If you haven't been there before, you'll be asked to log in to Google+ and JOIN DearMYRTLE's Community. But both are free!WHAT'S A SCRAMBLE?We have a panel of ten, and about halfway through, we ask folks to cycle out to the VIEWing side, so others can JOIN the panel. It's all in good fun, to mix things up a bit.CAN I WATCH LATER?Yes, you can view all archived shows over on DearMYRTLE's YouTube Channel located here:https://www.youtube.com/user/DearMYRTLEWHY CAN'T I COMMENT ON THE YOUTUBE SIDE?Ol' Myrt here wants everyone in on the conversation, which, can sometimes last for days or even weeks, if a topic is challenging enough. What you have to say is important! +Cousin Russ does all he can to share your typed comments with the folks on the 'filmstrip" panel. We want all comments in one place.

WHAT IS MONDAYS WITH MYRT?
It's all about what's trending in the world of family history research.