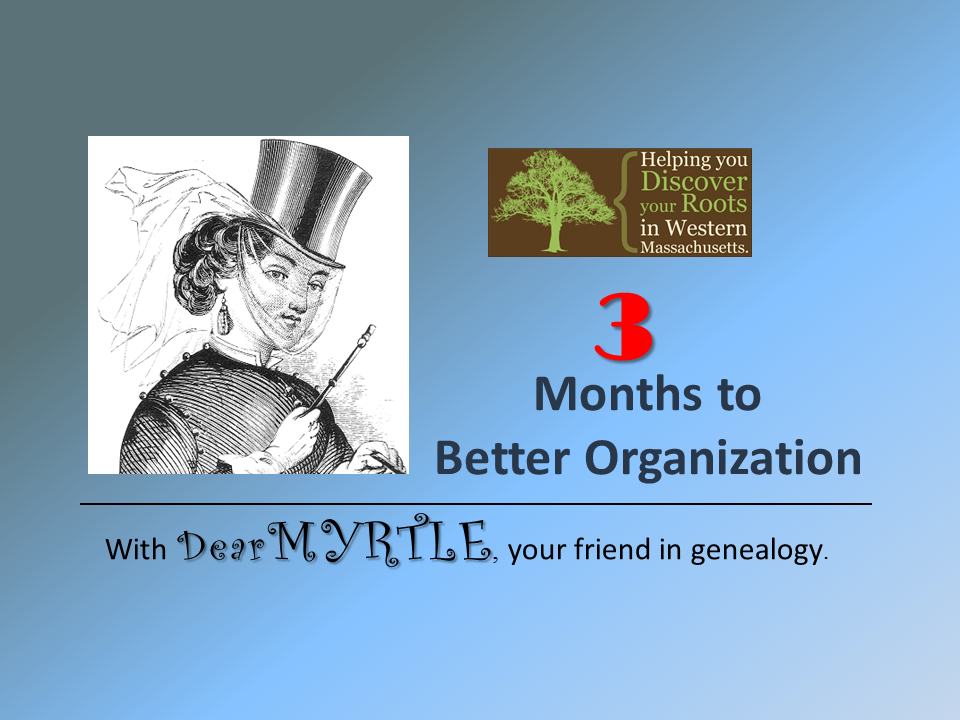 3 MONTHS TO BETTER ORGANIZATION Ol' Myrt here will forgo the plane trip and inevitable lost luggage by visiting virtually. Thanks to modern technology, my computer will connect via a Google+ Hangout On Air with +Dave Robison's computer in the society's meeting room. It's a snap, since we're accustomed to appearing together on the panel during most Mondays with Myrt broadcasts. Yes, +Cousin Russ will be on standby to manage comments as usual. 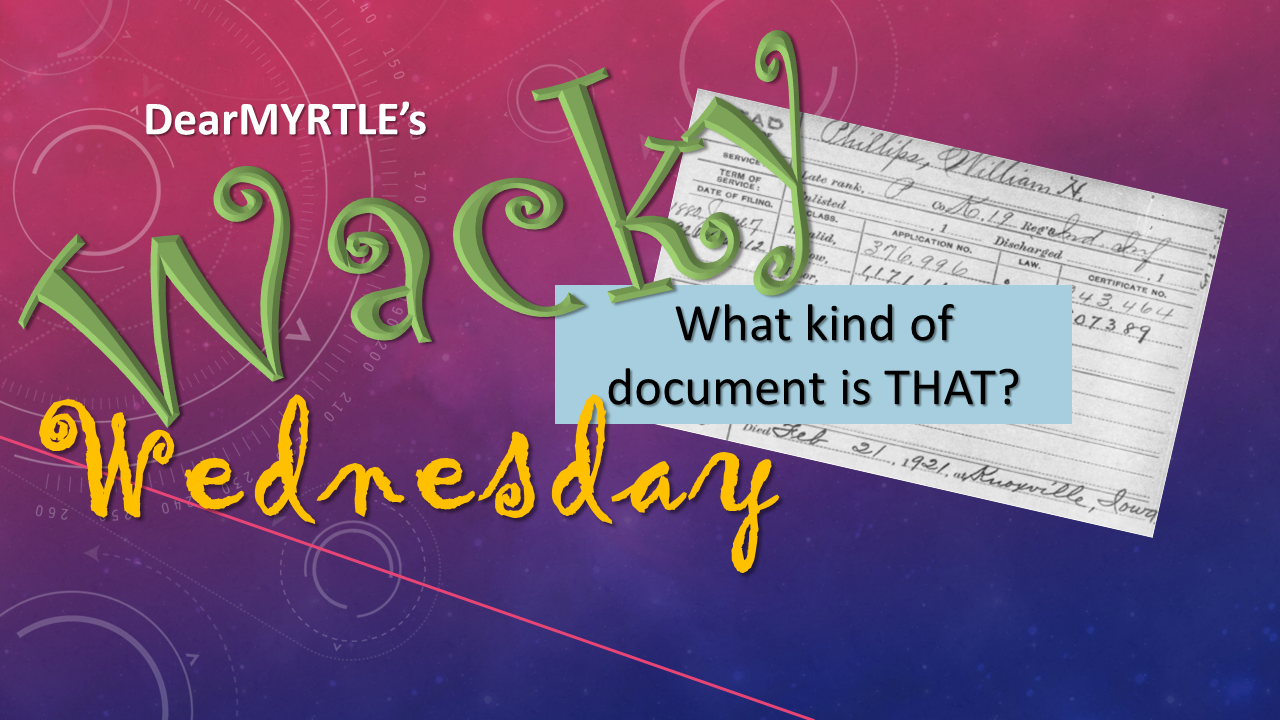 WACKY Wednesday: What kind of document is THAT? It's the follow up to the Docu-Challenge: Phillips William D. blog post.   +Cousin Russ and Dave McDonald, CG will be on the panel. We are weaving your feedback and comments posted these past few days into our discussion. You'll get a kick out of the newest of DearMYRTLE's "very distant" cousins who will serve as host.

If you need a time zone converter, this is the one Ol' Myrt uses:
http://www.timeanddate.com/worldclock/converter.html﻿