NOTE from DearMYRTLE: The following was just received from our friends at FindMyPast.com. Please address all inquiries to that website. 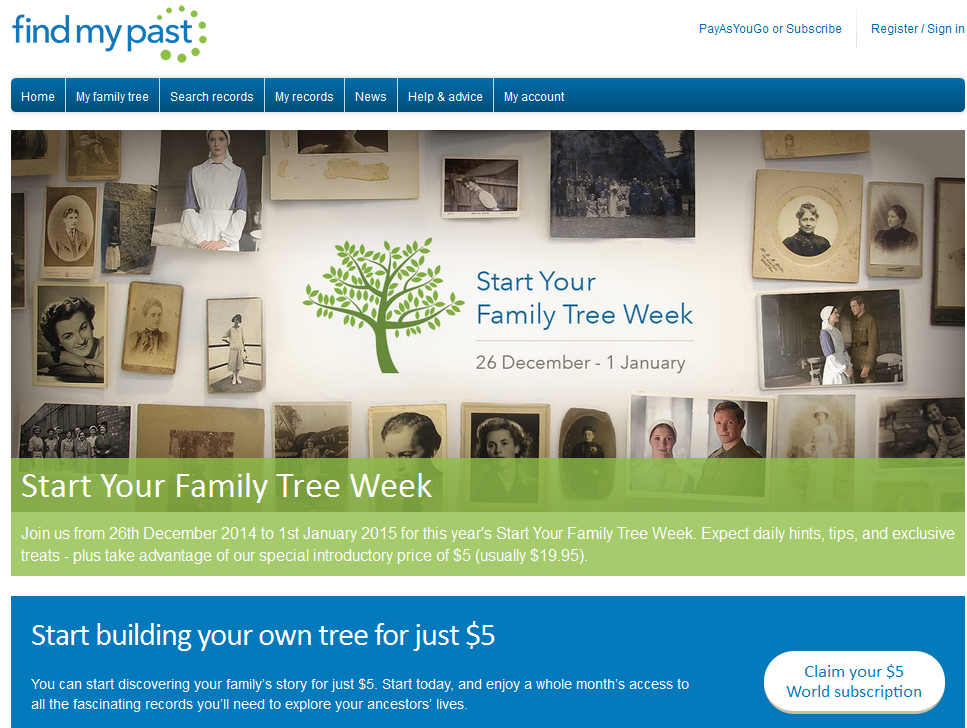 London, UK. 26th December, 2014. Today marks the beginning of Findmypast’s Start Your Family Tree Week and the release of over 7.6 million records.

This seven-day event will continue until 1st January 2015. Over the course of the week, Findmypast users can access a wide range of materials to help them build their family trees such as getting started guides, expert insights, useful print-outs, and a wealth of family history prizes.

Findmypast will also be launching its first ever Findmypast Tree Awards – a contest for the best family tree built or uploaded to Findmypast. Four winners across four categories will be selected by an expert panel of judges and will be awarded a selection of prizes.

Findmypast’s Start Your Family Tree Week will include something for everyone, from beginners to expert genealogists. We have also released millions of fascinating new records to explore during this festive season.

To find out more, visit our dedicated Start Your Family Tree Week page or visit our blog each day this week.

To launch Start Your Family Tree Week, Findmypast will be releasing over 7.6 million records from around the world. These include:

Visit our dedicated Findmypast Friday page to find out more.