DEADLINE EXTENDED: Share a Memory Contest with RootsTech Admission Give Away

DearREADERS,
Each year about this time, Ol' Myrt challenges her DearREADERS to enter her annual SHARE A MEMORY CONTEST. To give you a few ideas, I  created the #30Waysin30Days Share a Memory project we discussed throughout the month of September. Note: See the last entry, with links to all 30 episodes here.Now it's time to share YOUR FAVORITE memory project with your contemporaries. It's all about sharing a memory of an ancestor - not just names and dates. This year, why not be really creative and record a video, create a slide show or publish a book to share during the upcoming holidays? We're looking at more than Ol' Myrt's ideas for something called inspiration. So help us out, share a memory, and perhaps you'll win one of our three fabulous prizes. There is also the pure joy of creating the project, but I digress.

OBJECTIVE: Create an intriguing object to tell a story about an ancestor, making it easier for the non-genealogists in the family to appreciate your mutual heritage.

HOW TO: Use technology wisely. Your 2015 "Share a Memory" project spotlights a specific ancestor and must include at the very least a document or photographic image of that ancestor. Your project can be:
SUBMIT: Post each entry over in DearMYRTLE's Genealogy Community on Google+ located herehttp://bit.ly/DearMYRTLEonGooglePlus
Don't worry. When you click on the link above, you will be asked to log in to your Google account. (You'll want to have a Google account since you may then maintain a personal Google Calendar, use Google Drive to store your files, create word processing documents and spreadsheets using Google Drive, create a library of digital books over on Google Books and, of course, hangout out with Ol' Myrt here and +Cousin Russ during upcomingMondays with Myrt.)

JUDGING: The decision of the judges will be purely arbitrary. As usual chocolate bribes are welcome. No seriously -- the winner will be chosen at random and the decisions of the judges are final.

PRIZES: The prize winners will be announced on Monday 26 Oct 2015 during Mondays with Myrt and in DearMYRTLE's Blog. Once the winners have been notified publicly, winners must submit to Myrt@DearMYRTLE.com their full name, preferred email address and a valid US mailing address, unless Amazon.com delivers to your address in other parts of the world. The prizes include:

GRAND PRIZE
Full admission to the RootsTech 2016 conference, provided by FamilySearch specifically for this contest. The conference will be held 3-6 February 2016 at the Salt Palace Convention Center, Salt Lake City, Utah. Note the grand prize does not include travel, food or lodging expenses. 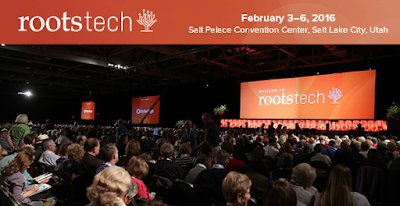 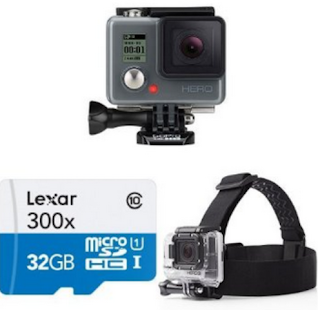 3rd PRIZE - Your choice of either a webcam or a USB headset such as:

Logitech HD Pro WebcamC920. This is what Ol' Myrt uses on her tripod when creating some video interviews at RootsTech. 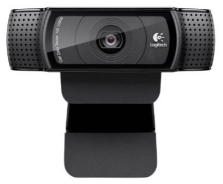 Microsoft Life Chat LX-3000 USB Headset, just like Cousin +Russ Worthington and Ol' Myrt use during our Mondays with Myrt Hangouts on Air. 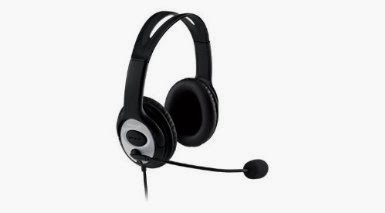 Posted by DearMYRTLE on Saturday, October 24, 2015