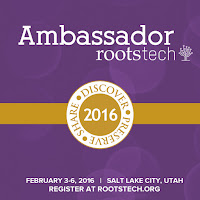 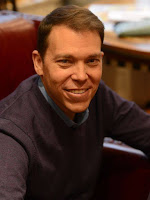 Bruce Feiler is a bestselling author and columnist for The New York Times, where he writes the “This Life” column about today’s families. He is also the writer and presenter of the PBS Series Walking the Bible and Sacred Journeys with Bruce Feiler.

His latest book, The Secrets of Happy Families, reviews best practices for modern-day parents from some of the country’s most creative minds, including top designers in Silicon Valley, elite peace negotiators, and the Green Berets.

“RootsTech is the premier event for people who care about family history,” Feiler said. “I've become a passionate believer in the importance of telling your family history as a foundational tool for having a happy family. I can't think of a better audience to share my own story with.”

Paula Williams Madison is an award-winning journalist who is a former NBC executive. Currently, Madison serves as chairman and CEO of Madison Media Management LLC, a media consultancy company based in Los Angeles with global reach. She’s been named one of the “75 Most Powerful African Americans in Corporate America” by Black Enterprise Magazine and was recently honored by the East West Players and AARP with their Visionary Award.

After a successful career in news journalism, Madison retired in 2011 and embarked on a search for her grandfather Samuel Lowe, who returned to his native China after living in Jamaica. Madison produced a documentary film on the topic, Finding Samuel Lowe: From Harlem to China. In April of this year, HarperCollins published a memoir of the journey Finding Samuel Lowe: China, Jamaica, Harlem.

Attendees can expect to hear about Madison’s compelling journey, including the resources that helped her. “I used FamilySearch.org to research and try to locate my family in China. This system will help people like me find their families,” said Madison. “Family to me means bloodline—past, present, and future. You have to honor the past as you live in the present so that you can guarantee a future for your family.”

Stephen Rockwood is the new president and CEO of FamilySearch International and managing director for the Family History Department of The Church of Jesus Christ of Latter-day Saints. Prior to joining FamilySearch, Rockwood was a successful entrepreneur, creating unique service offerings for worldwide customers and building several businesses from the ground up.

“We look forward to another great RootsTech conference as we invite attendees to discover their families in a world-class setting. We are thrilled to welcome Bruce Feiler and Paula Williams Madison,” Rockwood said. “Their personal experiences will be highly inspiring for many as we kick off this exciting conference.


About RootsTech
RootsTech, hosted by FamilySearch International, is a global conference celebrating families across generations, where people of all ages are inspired to discover and share their memories and connections. This annual event has become the largest of its kind in the world, attracting tens of thousands of participants worldwide.