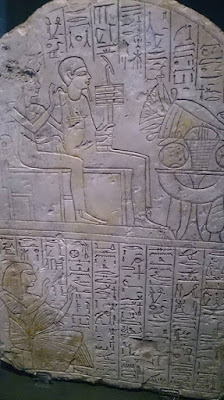 DearREADERS,
Perhaps Melissa Barker said it best: "I wonder how things like this post effect people who are thinking about blogging or just started blogging, I don't want anyone to be discouraged." She is referring to "What is the future of genealogical blogs?" posted today in James Tanner's Genealogy's Star blog.

As a relative new-comer in the genealogical vertical, Tanner has a somewhat skewed view of blogging in the broader context of emerging information distribution and social networking technologies. Yet, in his professional career as an attorney, I'm sure he will recall his staff bridged the technology gap - effectively transitioning from electric typewriters to word processors, and finally computers with word processing software.

Modern genealogists and family historians marched boldly through the following technology advances:
During the 20th century commercial genealogy entities were largely confined to these outlets:
THE TECHNOLOGY BANDWAGON
With the explosive growth of the Internet (the information super-highway) it's only only natural that forward-thinking commercial genealogy entities and genealogy writers embrace technology during the late 20th and early 21st century. I see no problem with company reps distributing their press releases using blog (RSS) syndication technology. That's smart use of technology. Yet Tanner states "With the rise of commercial blogging, the social networking side of blogging has been preempted by other social networking entities."  Ol' Myrt here is only left to wonder:

From where I sit, both genealogy bloggers and commercial entities are wisely employing available social media outlets to "get the word out."

On what basis does Mr. Tanner make the following observation? "One marked effect of this shift is an additional de-emphasis on personal, non-commercial blogging." He apparently isn't reading the blogs Ol' Myrt here follow.

IN THE MEAN TIME
Genealogy bloggers, researchers, archivists (including The Archivist of the United States), commercial entities and such have embraced such technologies as:
Have genealogy companies and writers  broken out of stuffed-shirt mode?  Certainly. That's life.
I recall the Queen of England made a cameo appearance in a recent James Bond movie. Who else is up for hang gliding?


Let's enjoy life, Mr. Tanner, and realize there is more than enough room for everyone at the genea-table.


YOUTUBE RED
Tanner's comments about YouTube Red demonstrate a misunderstanding about the new end-user opt out option to pay a small fee each month to automatically skip past ad insertions. I equate this with my Dish Network offering to skip commercials on shows archived on my personal DVR. Tanner writes "The move by Google to monetized what has been a "free" service is similar to what has happened in the genealogical blogging community." Google offering YouTube Red to its end users and Ol' Myrt's genealogy blogging options are markedly dissimilar, and frankly one cannot compare apples and oranges, Mr. Tanner. Google has every right to collect income on this wildly popular YouTube service.

Personally, I'm thrilled by the availability of free behind-the-scenes production technology from Google so Cousin Russ and our panelists can "get the word out."

Genealogy blogging is not dead, commercial or otherwise. It's simply the easiest way for a family historian to share his view of an ancestor, include a photo, and ensure the post will be every-word searchable by the Internet's principle search engines.

I'm not in the least bit worried about commercial companies using blog technology. If I don't like the product or service, I am free to unsubscribe that entity from my news aggregating service, currently Feedly.com.

In the past month I've seen six new non-commercial genealogy blogs established, including one created by a county archivist specifically to describe ephemera preserved at the archive honoring the county's past residents and businesses. Others are foregoing blogs in order to Share a Memory using Google docs, sheets and slides. Who cares what platform they use?

Its a matter of choice. People in the free world choose the clothes we wear, the cars we drive, and what to have for dinner. No one dictates we must purchase a specific sofa and paint our walls a certain color.

Likewise, those who want to "get the word out" aren't restricted to a single information distribution method.

DearMYRTLE should not be considered pushed aside by big-time commercial genealogy entities, nor should I be called a failure as a blogger because I choose to do more video blogging.

I can adjust with the times, just like Mr. Tanner's law office staff.

Posted by DearMYRTLE on Tuesday, November 03, 2015