DearREADERS,
It was maaaaaarvelous to catch up with folks after Ol' Myrt's vacay. I think you'll find this is a particularly unusual hangout. +Cousin Russ has been working on a project using Evedentia software to ferret things out. He writes "To recap, I started with a problem, "who was the mother of..." 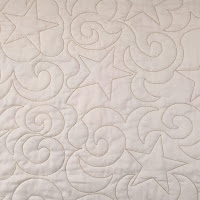 WOW! THE STAR-SPANGLED BANNER QUILT has just been completed with squares submitted by members of the Genea-Quilters Facebook Group. April Layher pieced this king-sized beauty, adding some white stars on a blue field across the top and bottom. This commemorates the bombardment of Fort McHenry during the War of 1812. This battle was Francis Scott Key's inspiration for a poem that became the US national anthem, The Star Spangled Banner.

Tami Mize and Gena Philibert-Ortega serve as project coordinators. Ol' Myrt here designed the center panel and chose companion fabrics. Individual squares were completed by quilters from the US, Australia and even England. The longarm quilting was done by Janiel Miller of The Happy Quilting Lady. Notice she incorporated stars in her quilting pattern that show up beautifully on the backside.


Tami Mize writes "Beautiful! If you weren't able to participate in making a quilt square, but would still like an opportunity to win this stunning quilt, you may enter by making a donation via our PayPal link. Every cent donated will go to the Preserve the Pensions fund. All costs related to making this gorgeous quilt were generously donated. The PayPal donation links are direct via https://www.paypal.me/1812SSBQuiltProject . This quilt is worth thousands - let's raise as much as possible!"

TONY PROCTOR'S "BOX OF PEACHES" PROJECT
View just this segment of the hangout starting at 32:53
https://youtu.be/8G85HA8sUZY?t=32m53s

Tony brought us up to speed on his research project, expressing the hope the now elderly Mary Williams can locate descendants of John and Ann Richards and ideally meet them in gratitude for the box of peaches sent from north Ogden to Mary's family in Wales during WWII. She was a child of eleven at the time.

SUPPORT ELYSE DOERFLINGER's FIRSTIES
We want to support education and this is a direct way. After some pressure from Ol' Myrt and others, our favorite first grade teacher Elyse has finally shared Mrs. Doerflinger's Classroom Wish List 2016-2017. Remember her firsties are from marginalized, underprivileged families. Elyse says: 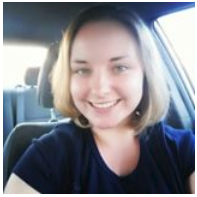 Sure you *could* watch the video of the Mondays with Myrt hangout session here or on DearMYRTLE's YouTube Channel, but you'll want to log in to view and comment at:
http://hangouts.dearmyrtle.com/1-aug-2016-mwm.html