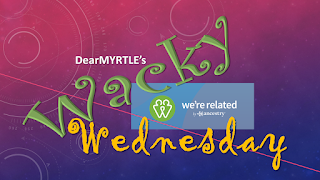 DearREADERS,
It's a brilliant marketing effort: using the We're Related App (in both iOS and droid format) to bring folks back to Ancestry. The interest we're seeing on Facebook is phenomenal, even among professional genealogists. The app encourages users to  expand their Ancestry trees and see what pops up in the next few "possible cousin" connections. Our panel and viewer comments are best summarized as: 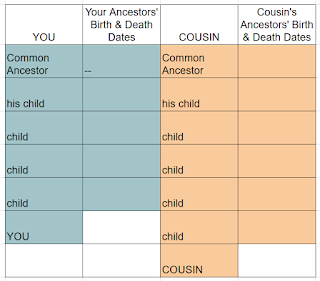 Our resident archivist +Melissa Barker  says "It's going to take things like this app" to interest the younger generation. They aren't particularly curious about dusty old documents. They like apps with all the bells and whistles.

Sure you can watch the archived version of this hangout here on my blog or on DearMYRTLE's YouTube Channel, but why not view AND follow all comments at:
http://hangouts.dearmyrtle.com/ww-were-related-app.html